Sumner is located in the Puyallup-Sumner Valley in Pierce County Washington. It is ten miles from Tacoma and twenty miles from Seattle.

In 1853, the Kincaid wagon train crossed over the Cascade Mountains through Naches Pass. They passed south of Sumner in October of that year.

All of the families spent the winter in Steilacoom. In 1854 William Kincaid and his seven children created a home on 160 acres at the junction of the Puyallup River and Stuck Creek (now known as the White River). The original Kincaid home was located approximately where the Sumner Train Station stands.

Once the forest was cleared away and the stumps pulled, farms were established. In 1883, John & Nancy Kincaid with George & Lucy Ryan drew up the plat of Sumner on the Ryan House dining room table.

The construction of the Northern Pacific Railroad depot influenced the development of the community. The downtown and core residential area developed within a 15-minute walk of the depot.

Later, J.P. Stewart helped establish a post office serving the area now known as Puyallup and Sumner, and he named the area Franklin after his hometown in New York State.

The U.S. Postal Department requested a new name for the post office since there were other places named Franklin and delivering mail became confusing.

A charming story, made up by George Ryan, and eventually accepted as true!  Three townsmen–John F. Kincaid, L.F. Thompson, and George Ryan–could not agree on a name, so each placed a name on a slip of paper and put it into a hat. A boy was called into the store to pick one of the slips and pulled out “Sumner.” Charles Sumner was a Senator from Massachusetts and a popular statesman of the 19th century known for his efforts toward the abolition of slavery among other issues.

The name of Sumner went on the railroad depot after the town incorporated in 1891.

In the early 1870s George Ryan moved to Washington State from Baraboo, Wisconsin. In 1872 while he was working as a bookkeeper for the Pope & Talbot sawmill in Port Gamble he visited the Puyallup-Sumner Valley looking for business opportunities.

Ezra Meeker introduced him to Laura Kincaid Seamen who had a cabin and 40 acres for sale in Sumner. George bought the property and in 1875 enlarged the cabin, adding a bow window and a second story.

That same year George’s fiancee, Lucy V. Wood came out from Wisconsin and the couple were married in San Francisco. They raised five children in the Ryan house, Henry, Lewis, Edith, Charles and Warren. The growing family required that the house be expanded, in 1885 they added the main two story section with wood from the Ryan Sawmill located at the north end of Parker Road.

In the early 1900’s a hop shed was pushed against the back of the house to became the kitchen. 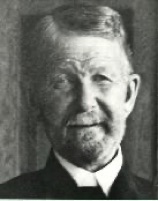 The Begining, The First Settlers

How Sumner Got It's Name

The History of Sumner by Amy M. Ryan

Available at the museum 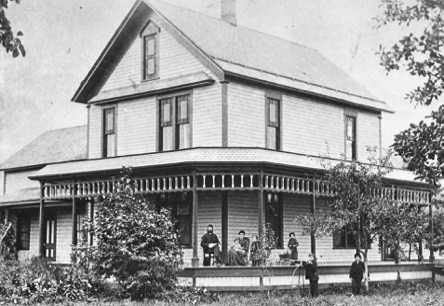 The Ryan’s were mill owners, shop keepers, and farmers, hops, fruits and vegetables.  Lucy was the town’s Post mistress.

In 1883, John & Nancy Kincaid with George & Lucy Ryan drew up the plat of Sumner on the Ryan House dining room table.

George built a railroad station in 1884 to insure that the railroad would make Sumner one of the stops on it’s route.

Lucy passed away in 1926 and the heirs entrusted the house to the city as long as it was used for the public, it was Sumner City Hall until 1935 and the Sumner Public Library until 1979.

Sumner still counts a number of Ryan descendants among it’s citizens. Mary Beth Ryan is a Director Emeritus Board Member of the Sumner Historical Society.